Excerpts from 'With no ill feeling to anybody' by MKK nair, IAS-47 batch

Sardar Vallabhbhai Patel, the then Deputy Prime Minister and Home Minister of India, whose 137th birth anniversary was on October 31, was insulted, humiliated and disgraced by the then Prime Minister, Pandit Jawaharlal Nehru, during a Cabinet meeting.

"You are completely communal and I'll never be a party to your suggestions and proposals," Nehru is supposed to have shouted at Patel during a crucial Cabinet meeting to discuss the liberation of Hyderabad by the Army from the tyranny of the Razakkars, the then Nizam's private army.

"A shocked Sardar Patel collected his papers from the table and slowly walked out of the Cabinet room. That was the last time Patel attended a Cabinet meeting. He also stopped speaking to Nehru since then," writes MKK Nair, a 1947 batch IAS officer, in his memoirs "With No Ill Feeling to Anybody."

Nair had close ties with both Sardar and VP Menon, his man friday. Though Nair has not written the exact date of the above mentioned Cabinet meeting, it could have happened during the weeks prior to the liberation of Hyderabad by the Indian Army.

Nair writes that Nehru's personal hatred for Sardar Patel came out in the open on December 15, 1950, the day the Sardar breathed his last in Bombay, now Mumbai.

"Immediately after he got the news about Sardar Patel's death, Nehru sent two notes to the Ministry of States. The notes reached VP Menon, the then Secretary to the Ministry.

In one of the notes, Nehru had asked Menon to send the official Cadillac car used by Sardar Patel to the former's office.

The second note was shocking. Nehru wanted government secretaries desirous of attending Sardar Patel's last rites to do so at their own personal expenses.

But Menon convened a meeting of all secretaries and asked them to furnish the names of those, who wanted to attend the last rites of Patel. He did not mention anything about the note sent by Nehru. Menon paid the entire cost of the air tickets for those secretaries, who expressed their wish to attend Sardar's last journey. This further infuriated Nehru."

Nair has written about his memoirs in the corridors of power in New Delhi. Nair's friendship with Patel began during the former's posting in Hyderabad as a civilian officer of the Army.

"I was a bachelor and my guest house was a rendezvous of all those in the inner circle of the then Nizam of Hyderabad. Every night they arrived with bundles of currency notes. We gambled and played flash and the stakes were high. During the game, I served them the finest Scotch. After a couple of drinks, the princes and the junior Nawabs would open their minds and reveal the secret action plans being drawn out in the Nizam's palace.

Once intoxicated, they would tell me about the plans to merge Hyderabad with Pakistan after independence. This was information that no one outside the Nawab's close family members and the British secret service were privy to. But I ensured that this information reached directly to Sardar Patel and thus grew our relation," writes Nair.

The relation between Nair and Sardar Patel was such that the former's director general in the ministry told him once: "Sardar Patel keeps an open house for you." Nair, who worked in various ministries during his three-decade long civil service career, writes that the formation of North East Frontier Service under the Ministry of External Affairs by Nehru and the removal of the affairs of the Jammu & Kashmir from the Ministry of Home Affairs, were the major reasons behind the turmoil in both the regions.

"This was done by Nehru to curtail the wings of Sardar Patel," Nair has written.

Though Sardar Patel was known as a no-nonsense man, devoid of any sense of humour, Nair has written about lighter moments featuring him.

One centres around VP Menon with whom Patel had a special relation. Menon had to face ire of Nesamani Nadar, a Congress MP from Kanyakumari, during his visit to Thiruvananthapuram in connection with the reorganisation of States. Nadar barged into Menon's suite in the State Guest House and shouted at him for not obeying his diktats. Menon, who was enjoying his quota of sun-downer, asked Nadar to get out of his room.

A furious Nadar sent a six-page letter to Sardar Patel trading all kinds of charges against Menon. "He was fully drunk when I went to meet him in the evening and he abused me using the filthiest of languages," complained Nadar in his letter.

Shankar, who was embarrassed by the question, had to spill the beans. "Sir, Menon takes a couple of drinks in the evening," he said.

Sardar was curious to know what was Menon's favourite drink. Shankar replied that Menon preferred only Scotch.

"Shankar, you instruct all government secretaries to take Scotch in the evening," Sardar told.

Shankar Nair writes that this anecdote was a rave in the Delhi evenings for a number of years!

Balraj Krishna (92), who authored Sardar's biography, told The Pioneer that Nehru was opposed to Babu Rajendra Prasad, the then President, travelling to Bombay to pay his last respects to Patel. "But Prasad insisted and made it to Bombay," said Krishna.

MV Kamath, senior journalist, said though Nehru too attended the funeral of Patel, it was C Rajagopalachari, who delivered the funeral oration. Prof MGS Narayanan, former chairman of Indian Council of Historical Research, said there was no reason to disbelieve what Nair has written. "But his memoirs did not get the due recognition it deserved. It is a historical chronicle of pre-and post independent India," he said.

No wonder we hear this common refrain, that, if only the Sardar had become our PM, as per the votes of CWC, and Gandhi had not dissuaded him, in favour of a sulking Nehru, many of the country's problems would not have risen. 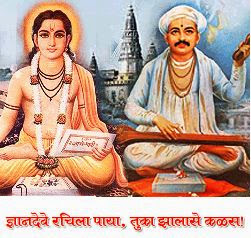